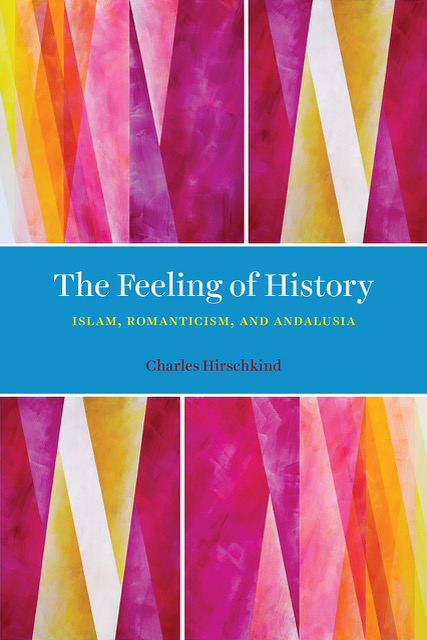 In today’s world, the lines between Europe and the Middle East, between Christian Europeans and Muslim immigrants in their midst, seem to be hardening. Alarmist editorials compare the arrival of Muslim refugees with the “Muslim conquest of 711,” warning that Europe will be called on to defend its borders. Violence and paranoia are alive and well in Fortress Europe.

Against this xenophobic tendency, The Feeling of History examines the idea of Andalucismo—a modern tradition founded on the principle that contemporary Andalusia is connected in vitally important ways with medieval Islamic Iberia. Charles Hirschkind explores the works and lives of writers, thinkers, poets, artists, and activists, and he shows how, taken together, they constitute an Andalusian sensorium. Hirschkind also carefully traces the various itineraries of Andalucismo, from colonial and anticolonial efforts to contemporary movements supporting immigrant rights. The Feeling of History offers a nuanced view into the way people experience their own past, while also bearing witness to a philosophy of engaging the Middle East that experiments with alternative futures.

Charles Hirschkind is associate professor of anthropology at the University of California, Berkeley. His research interests concern religious practice, media technologies, and emergent forms of political community in the urban Middle East and Europe. His published works include, The Ethical Soundscape: Cassette Sermons and Islamic Counterpublics (Columbia 2006), Powers of the Secular Modern: Talal Asad and his Interlocutors (co-edited with David Scott, Stanford 2005), and The Feeling for History: Islam, Romanticism, and Andalusia (Chicago 2020)

Flora Hastings is a PhD candidate in Social and Cultural Anthropology at SOAS, University of London, and a freelance journalist. Her research interests include Jewish-Muslim relations in contemporary Barcelona, progressive forms of Judaism and Islam, neo-liberalism, migration and contemporary European identity, diasporic identity, and modernisation processes. Flora is also a coordinator of the Jewish-Muslim Research Network.